I’d like to start by saying I was able to find answers to several problem in an excellent blog post from Justin Yoo.

A benefit of Azure Api Management is the ability to route requests to Azure functions. Due to the fact that the majority of our Azure Functions will be accessed via APIM, the ability to automatically publish the API as part fo the devops pipeline process is valuable.

The devops process is made up of two pipelines:

To meet the requirement, the following steps will be completed

In order to implement these steps, several infrastructure / security hurdles have to be overcome.

An illustration of the scaffolding process is shown below: 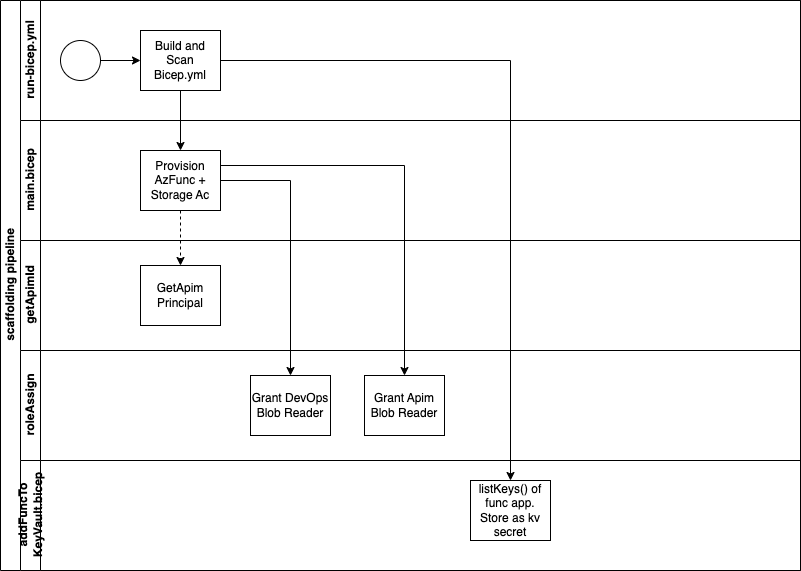 This begins with the devops pipeline run-bicep.yml. The main steps of this pipeline are:

An illustration of the build and release process is shown below: 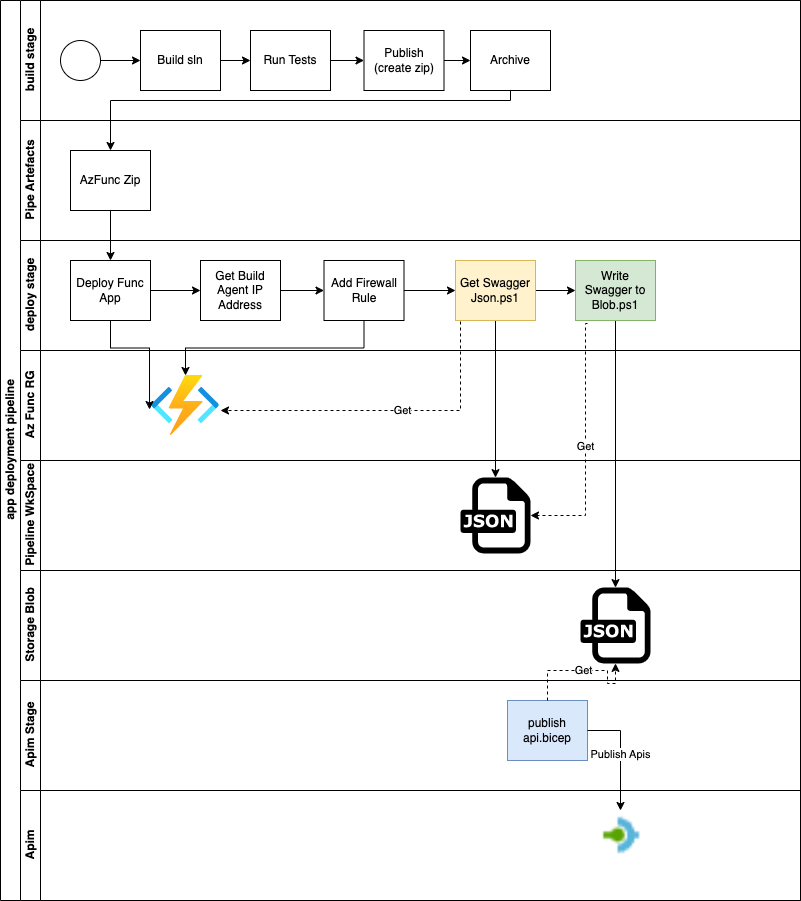 This begins as a conventional pipeline for a function app with tasks to:

With the deployable zip now available, the pipeline has a deploy stage for each target environment: dev, int, act and prod. This contains the following tasks:

For apim to successfully route requests to the function app, several related components must be deployed:

These are defined in xml, as per the example below: