Previously, we’d been accessing on-prem files from logic apps via the on-prem data gateway, as illustrated below: 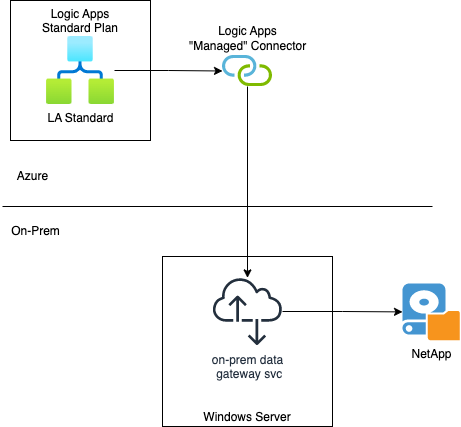 This worked ok but there’s a couple of issues:

I tried a quick test by swapping out the managed file connector for the new (currently preview) “built-in” connector. The designer in the Azure portal refused and gave a helpful message informing me that the built-in file connector can only run in an App Service Environment.

The new design is shown below: 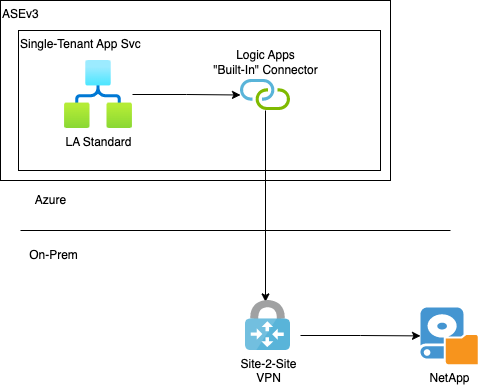 When provisioning the ASE, I assigned it to an existing vnet. I had to provide a new dedicated subnet for it. It took approximately 4 hours but then I had an ASE which was able to reach the on-prem network over out site-2-site vpn.

One complication with the ASE is debugging logic apps. Because they run in a dedicated subnet, in order to debug via the Azure portal, you must open in a browser from a machine that has connectivity to the subnet. To solve this problem in my PoC I made use of a VM “jumpbox” running in the same vnet as the ASE. I don’t see this as a major issue since it’s now possible for developers to run logic apps in their local environment (VS Code).

A requirement of the “built-in” file connector is that it is hosted by a logic app running in an App Service Environment.